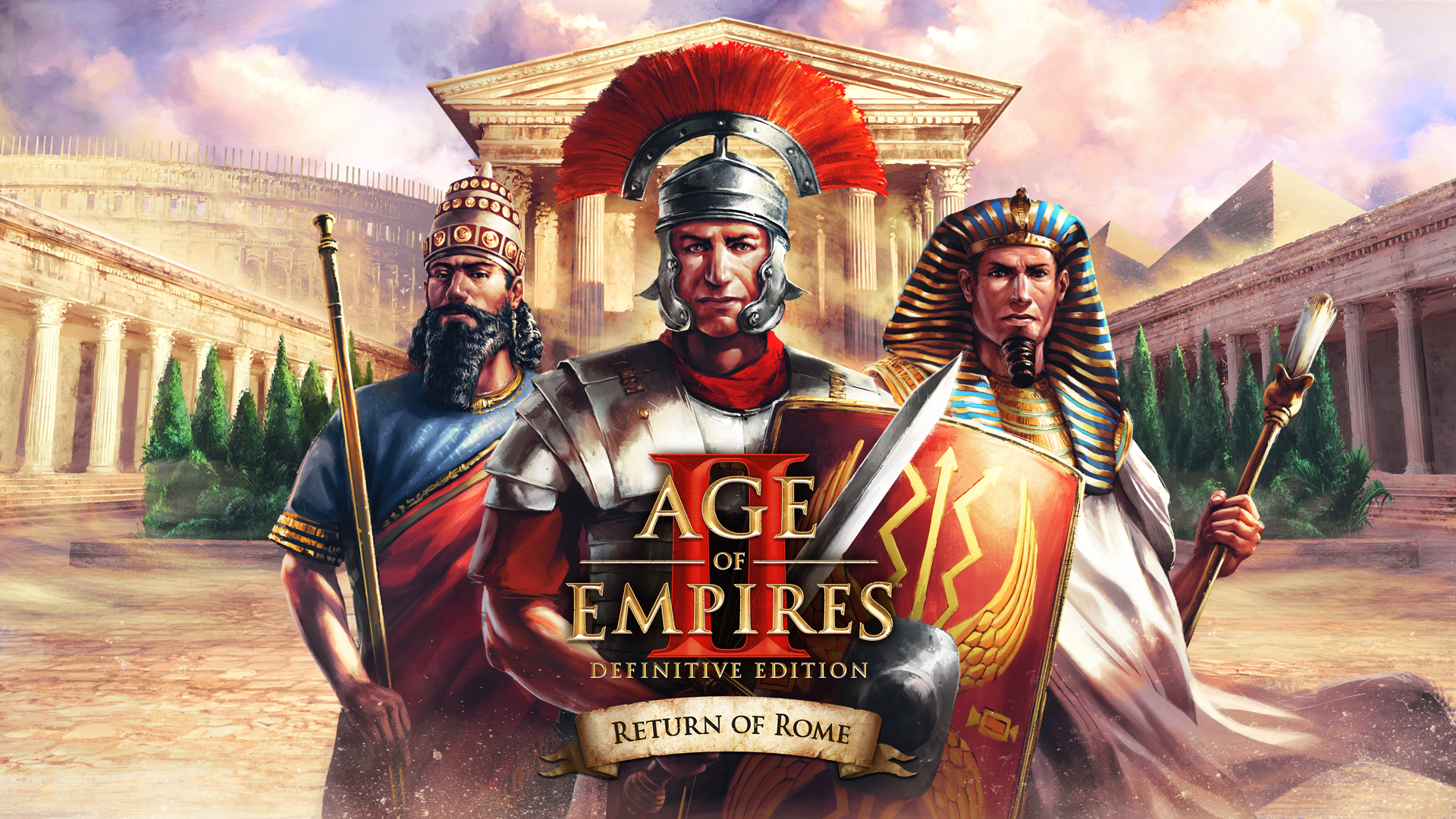 Hey all! So this was just announced, what do you think about it? I am cautiously optimistic

There's a few things I worry about which I'd like to hear your thoughts on:

1. How do you feel about AoE1 being gobbled up by it's offspring? This is both meant as a joke and a serious question. Do you think that instead of announcing it as a DLC Age2DE should be renamed to reflect both games (equally)?

2. What is the current state of the chat censorship in AoE2DE? Has it become better or worse these past few months? I don't own the game and would like to know. I want to communicate normally in MP, and last time I checked the chat was horrible and server side, very very slow.

3. How is AoE2DEs performance nowadays, has it improved over the past few months? I specifically mean resource hogging and memory leaks, which seem to occur on various set ups (not all though), what I meant is has any optimization of the engine been done and these issues finally been tackled?

4. What do you expect and what would you like to see?

I am all for it if done right. It is by all means a logical step to take, also from a developers point of view since AoE2DE is superior technically, it would make no sense using the older genie engine. Most unique unit quirks can be recreated using triggers too. And I do prefer the better AI and numerous features of AoE2DE over that of AoE1. Gameplay would certainly be an improvement. And I can see expansion DLCs coming with Indians (beyond the indus) and perhaps Celts, Scythians in the future. This is the one reason why AoE1DE is being incorporated. Will it be perfect for everyone? No, that is not what I expect at all. Treat it with respect, and you may just have me onboard.

"We are AoE2DE. We will assimilate you. Resistance is futile."

A lot of other units have problems: some have a smooth shadow, some a sharp one. Some jiggle slightly while standing (all units where impeccable in the original game!). It is so depressing seeing this game still half-finished.

The addition of formations and game replay might bring some fresh air too. 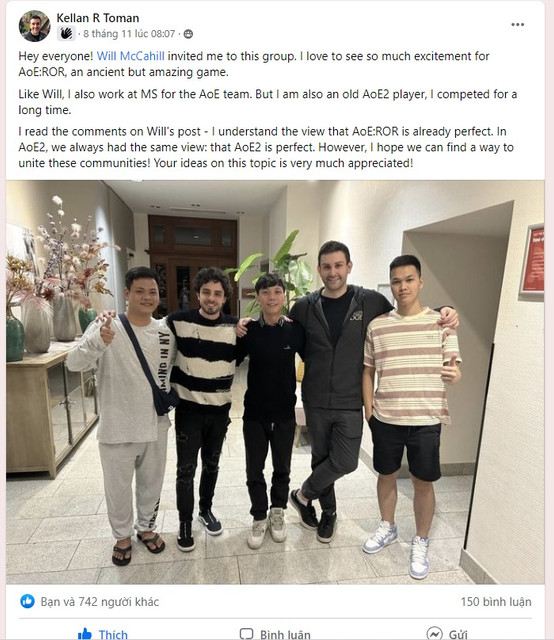 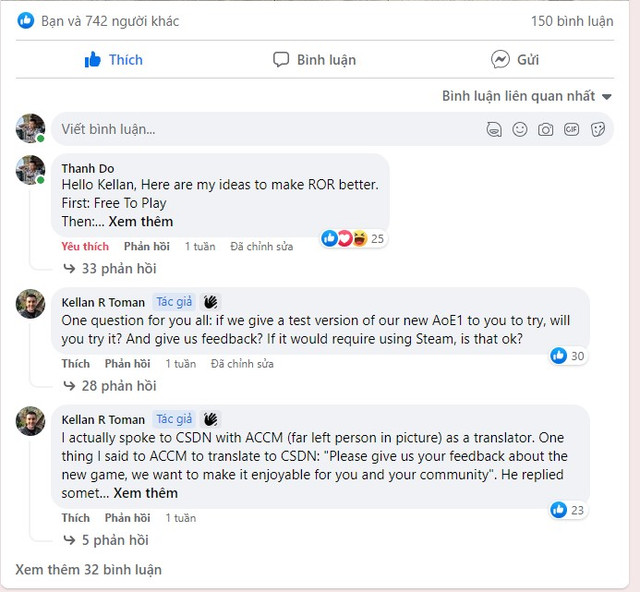 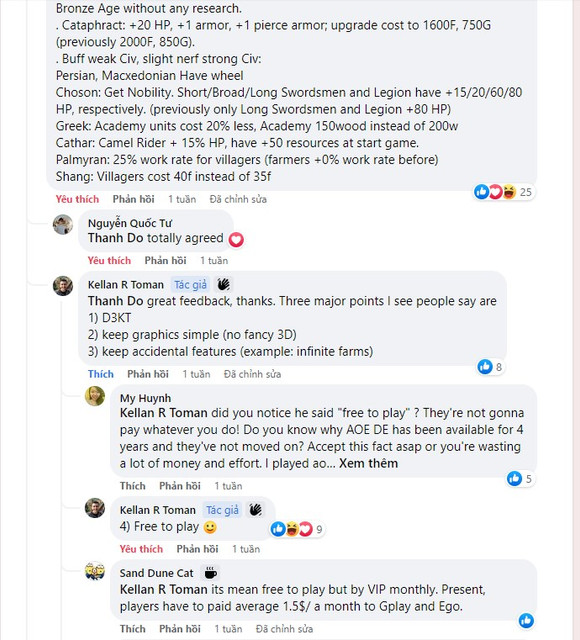 posted 11-21-22 03:53 PM ET (US)     3 / 11
1. Hm... it seems more or less like an admission that AoE1 DE is pretty dead as a mutliplayer game. I guess it makes more sense for something which uses the "AoE2 engine" to be bundled with AoE2, but I'd rather have seen these changes make their way into AoE1 DE as options when playing. In practicality so many people will just assume AoE2 (or presently also AoE4) when you talk about Age of Empires, I don't even think a rebranding is necessary.

2. I think they still censor the first half of my name, that said I don't run into a lot of issues with it in general as I did maybe a year ago. The state has defintely improved since release.

3. It crashes less for me than when I first got it, otherwise I wouldn't really know as I can't say I experienced much issues to begin with.

4. I honestly think I would rather have seen them try to do something more unique with the general concept of ancient era civs in the AoE2 engine than just migrating AoE1 into the new engine. Like, a professionally made mod can be great fun, but when it's just a rebrand of an existing game well... I don't see it garnering a lot of long term interest. Like, I guess I don't mind it, but I can't say this is something that excites me personally either. It's essentially just having two variations of the same game, neither of which is very likely to get a more active MP community than what we have in the present day. So yeah, I'd be open to them taking more creative liberties with the idea given what we know so far.
//The warrior of Isola

Well I've jumped the gun and finally purchased AoE2DE while on steam sale. Got a good deal. I don't think a full name change is necessary but IMO it should be seperate and its own thing within AoE2DE while reflecting the original name, not become "just" another DLC.

What the hell is wrong with Fi? Ridiculous lol. The censor is M$ corporate policy bullshit which I will never support. Whoever thought of that and implemented it in this way should be struck down with an ancient spear. There are better ways to prevent trolling that are not this annoying to the average player and they should be seriously considered.

From what I've seen the game has indeed become more playable and stable but it's not perfect yet.

posted 12-04-22 10:09 PM ET (US)     6 / 11
Honestly I don't want more Age II DLC content. Rather I would like to see them use the current engine powering Age of Empires II to create a game that's Rome era centric. Marry the periods between Age 1 and Age 2 by including civs that played a party during Rome's existence and it's fall. That's a game I'd like to see.

I'm sure you could keep it interesting as well if you followed the same formula of age advancement, resource acquisition, and technological improvement.

A story about Rome and the neighboring civilizations around it.

And yes I know we already have Rise of Rome that has campaigns about Rome. But now that we have better technology and tools why not use them to give Rome a bigger spotlight? Adjustments in this AOE re-make (update)
• Going through the farms
Options for "Walk Through Farms" can be opted in-game settings. Default setting is across the farm. You can opt to install "Solid Farm" in the host/lobby to avoid going through the fields.
• Spectator mechanism
There is a spectator mechanism that allows players to watch the games live (optional when setting up a host/lobby)
• Technology supplement in BC
- Increase your vision
- Speed up the military (minus the marine)
- Upgrading BE to accommodate 8 people
• The mechanism of buying gold in BM
- Exchange 100 real/wood = 50 gold, 100 stone = 65 gold (golden army no longer has resource restrictions on map)
• Continuous working feature
- Keep shifts to assign farmers / soldiers to do things in order (VD you can let people build BE then shift to the wooden tree, after construction the people will go to chop wood)
- BG, BS, BN houses after construction will automatically work with the nearest resources
- Automatically refresh the farm after the farm is finished (costing wood)
Re-balancing the troops
Team bonus: is the advantage activated for yourself and your allies when playing 2v2, 3v3, 4v4 modes

Check out my series of guides for the scenario editor in the link below! | Best Otto TR score

The definitive collection of my scenarios, along with my scenario editor walkthrough, recorded games, and much much more!