posted 08-08-21 03:59 PM ET (US)
I love AOE DE and its very nice graphics. It also has a big enough gaming community that I have been able to gather players together who want to play 3 v 3 matches. I have Windows 10 and the Steam version of AOE DE with the latest "Build" of AOE DE, #46777. My computer is new and I have high-speed WIFI that isn't disconnecting or having other problems.

I made two 3v 3 Custom Multiplayer maps. One is called "Canaan" and the other is called "Mideast Roman-Parthian Wars." You can get my maps here:

I played the Canaan map on AOE DE about a few months ago 4 times with 6 total players. My games worked fine.

Microsoft made a few updates or changes to its AOE DE Servers within the last few months. Experienced gamers like MAGMA told me that now Custom maps don't work with more than two players.

Last week, I tried a total of 4 times to play 3 v 3 matches on my two maps using AOE DE's Multiplayer server. Each time when I tried to host the match and play, my AOE DE game lagged out or stalled out at the Loading Screen. In other words, the Lobby room with the 6 total players worked fine, but when I pressed START GAME, the "Loading Game" screen appeared and froze up. After a few minutes, a message came onto the Screen saying that there was a "Sync Error." Everyone in the room got the same error message and their games all crashed too for them.

After the third time that my game lagged out this way, I asked one of my friends to host the match using my same map. And when he tried to host the map, the game program lagged out again for all 6 Players at the loading screen, just like the game failed the previous 3 times.

So it looks like the experienced gamers are right and that AOE DE's server has a problem with hosting Custom Maps with more than 2 total players. A lot of other players seem to report similar problems.

Thanks for listening to me. 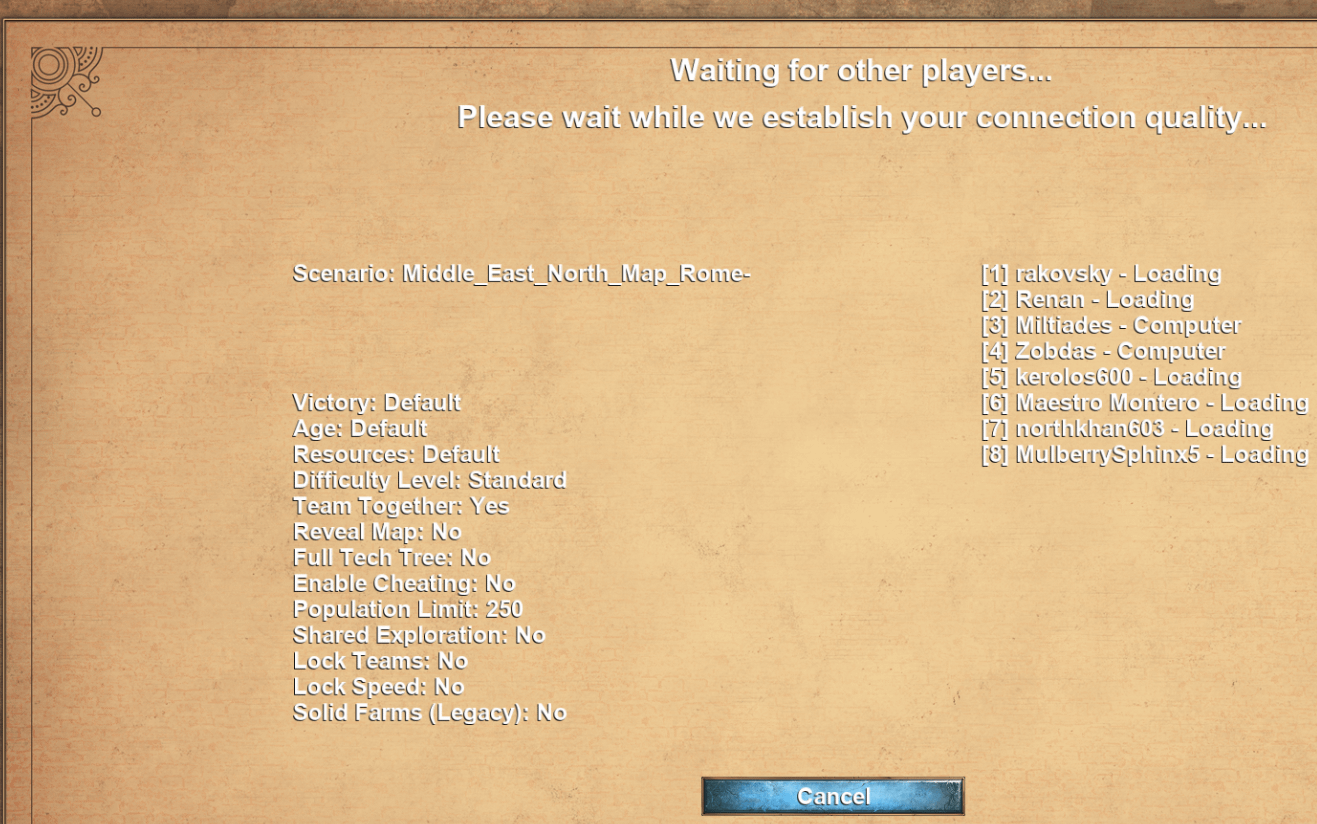 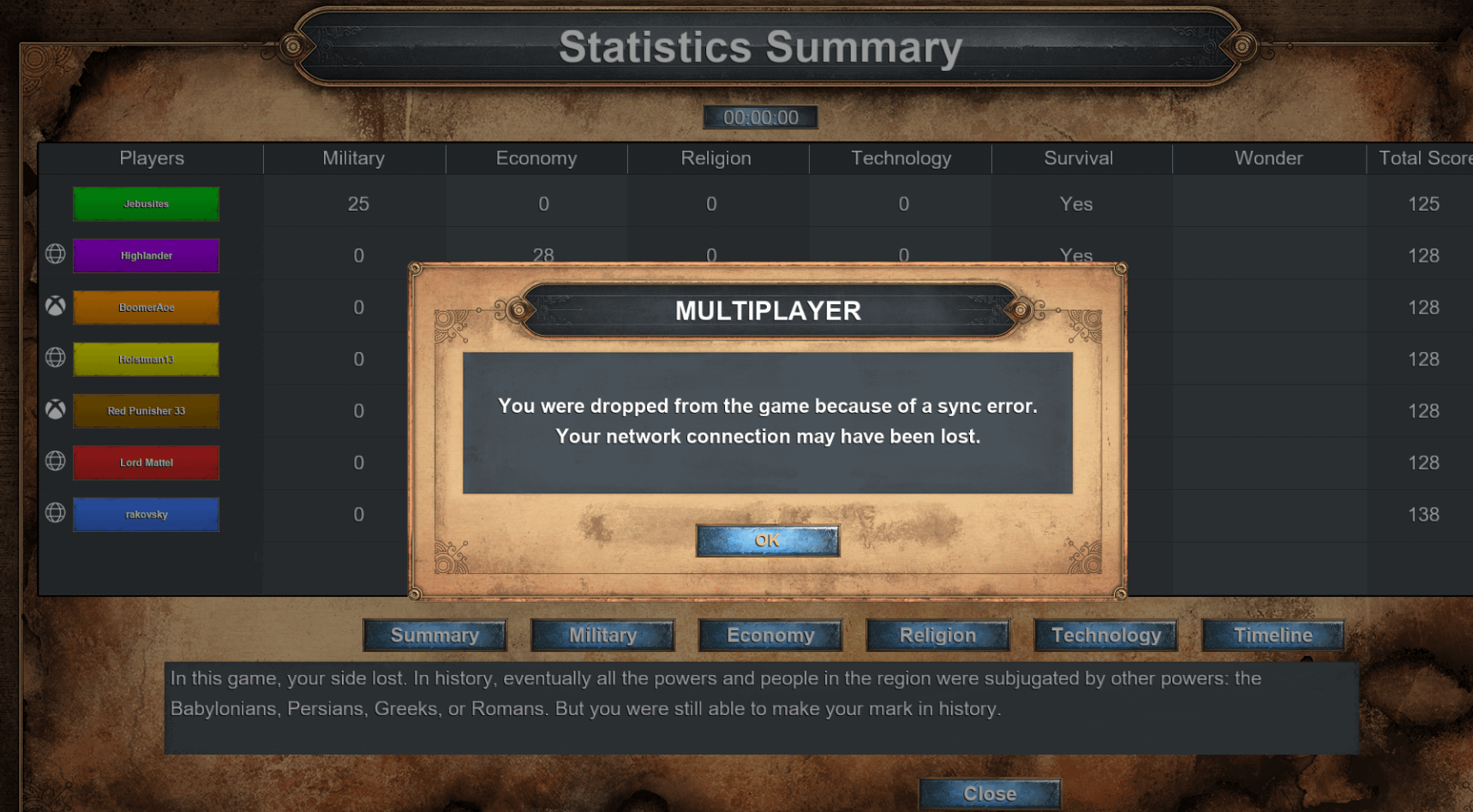 posted 08-12-21 06:26 AM ET (US)     1 / 1
This is because they barely test these patches properly. It's an ever recurring problem on all DE's and one of the main reasons I don't care much for DE. I refuse to support or invest money on a poorly supported product.
The Heavenly Escort • Night of the Dragon • Corlis (DE) • Dark Forest 2v2 (DE) • New Random Maps • Night Mode • Lengthen Combat Mode • The Big Hill • 512x512, 768x768, 1024x1024 map sizes • All Map Sizes • All Map Sizes (AoK) • BTI Soundtrack
Age of Empires Heaven » Forums » AoE Multiplayer Forum » Does AOE DE have a Syncing problem that keep it from running Multiplayer Custom Maps with more than 2 Players?
Top
You must be logged in to post messages.
Please login or register
Age of Empires Heaven | HeavenGames